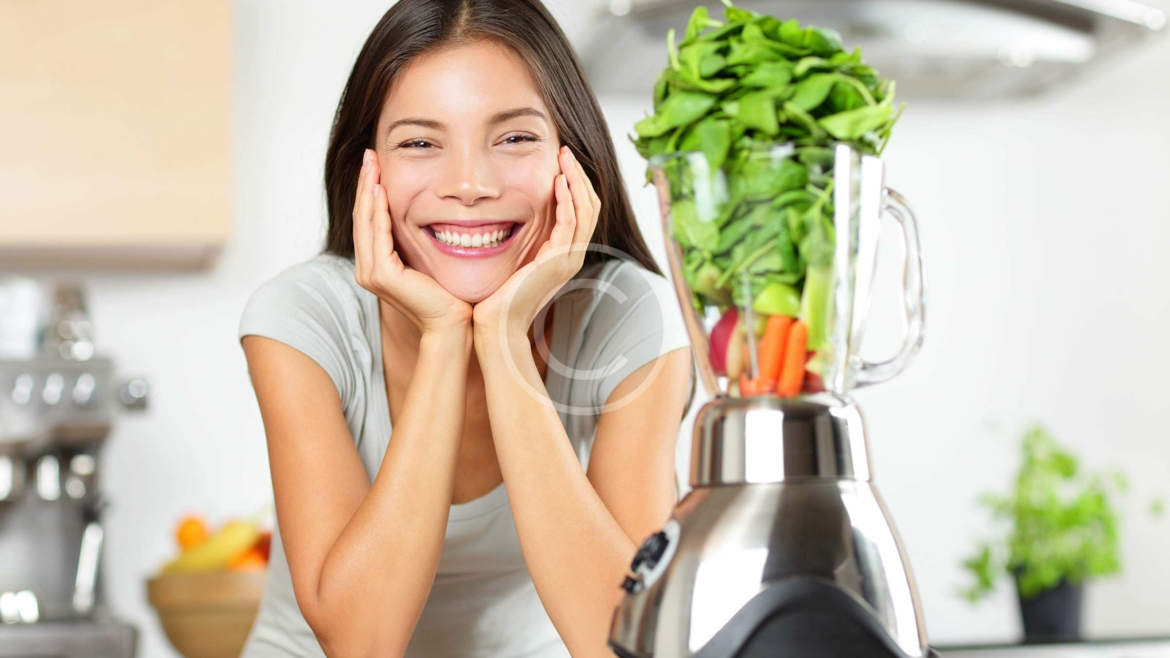 Conditions that Can be Treated

Anxiety disorders involve a state of distressing chronic but fluctuating nervousness that is inappropriately severe for the person’s circumstances.  Anxiety disorders affect over three million Americans each year.

According to The Acupuncture Evidence Project, acupuncture has moderate evidence supporting the effectiveness of treating anxiety.  Acupuncture can be safely combined conventional treatments such as medication or psycho-educational therapy, possibly enhancing their beneficial effects and reducing unwanted side effects.

Acupuncture can often be effective for treating anxiety even in people who are “non-responders” to cognitive behavioral therapy, bibliotherapy, and medication.  In one study, non-responders were given one course of ten acupuncture treatments.  They showed significant improvement on the Anxiety Inventory Score and their improvement was maintained for ten weeks after the acupuncture treatments.  https://www.ncbi.nlm.nih.gov/pubmed/25595195

It is important to rule out other medical causes of anxiety (such as side effects of drugs, or medical disorders such as hypoglycemia, cardiovascular disorders, thyroid disorders, etc.). For example, hypoglycemia (low blood sugar) is a common yet unrecognized cause of anxiety.  In fact, hypoglycemia often goes unrecognized until extreme symptoms manifest.  These patients go down the wrong path and get diagnosed for a mental disorder that is actually a blood glucose issue.  The medications prescribed under these circumstances only lead to further complications.  Here is a typical case report: https://www.ncbi.nlm.nih.gov/pmc/articles/PMC4963565

Research has shown that acupuncture treatment may specifically benefit anxiety disorders and symptoms of anxiety by acting on areas of the brain known to reduce sensitivity to pain and stress, as well as promoting relaxation and deactivating the “analytical” brain, which is responsible for anxiety and worry. https://www.ncbi.nlm.nih.gov/pmc/articles/PMC3754836/pdf/nihms195439.pdf

Acupuncture has also been shown to benefit anxiety by regulating levels of neurotransmitters (or their modulators) and hormones such as serotonin, noradrenalin, norepinephrine, dopamine, GABA, neuropeptide Y and ATCH, hence altering the brain’s mood chemistry to help combat negative emotional states. http://www.medscape.com/viewarticle/585219_3

Anxiety and emotional disturbances often lead to immune system impairment.  In one study, impaired immune function in anxious women (chemotaxis, phagocytosis, lymphoproliferation, and NK activity) were significantly improved by acupuncture.  Acupuncture brought their blood values closer to those of healthy people, exerting a modulatory effect on the immune system.  This same study showed that the most favorable effects of acupuncture on the immune functions appear 72 hours after the acupuncture session and persists for one month after the end of the complete course of treatment. https://www.ncbi.nlm.nih.gov/pubmed/17265549

Acupuncture therapy for anxiety must be administered conservatively, especially at the beginning of a course of treatment because each patient has different neural thresholds, and if the needle stimulation is too strong, it has an inverse effect and actually increases anxiety. https://www.ncbi.nlm.nih.gov/pmc/articles/PMC3754836/pdf/nihms195439.pdf 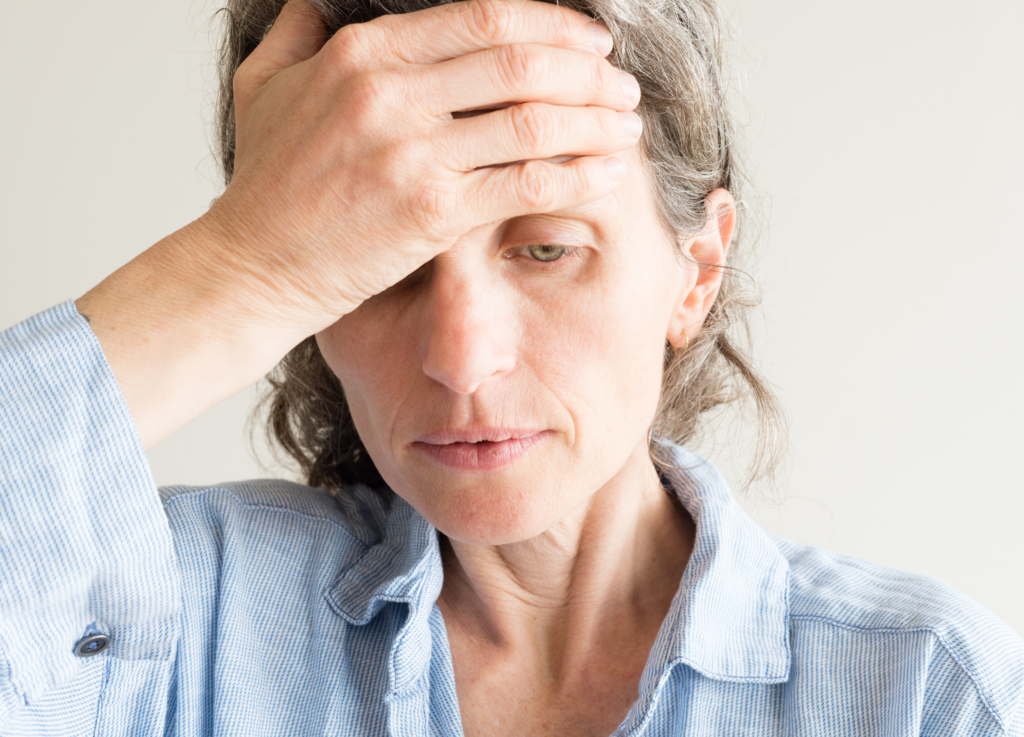 Depression is a mood disorder that causes a persistent feeling of sadness and loss of interest.  It affects how you feel, think, and behave, and can lead to a variety of emotional and physical problems.

A number of factors may make a person more likely to experience depression, such as side effects of certain drugs, heredity, emotionally distressing events, nutritional disorders (especially vitamin B6 and/or vitamin B12 deficiency), and certain medical conditions (hormonal disorders, infections, connective tissue diseases, neurological disorders, and some cancers).  A physical exam by a medical doctor is always recommended for people who feel they are depressed.

It has been reported that 50%-60% of patient with depression do not respond to medication completely.  Moreover, because of the high incidence of side effects, many patients quit taking anti-depressant medication.

Recent systematic reviews of the published medical literature suggest that acupuncture increases therapeutic efficacy of anti-depressants and was proven to be a safe add-on treatment to depression.  This is important because less medication equals less likelihood of side effects and therefore better compliance with medication. https://www.ncbi.nlm.nih.gov/pubmed/25704563

Interestingly, a recent study compared electro-acupuncture to Prozac for reducing depression symptoms.  Electro-acupuncture had a faster onset of action, better response rate, and better improvement rate than Prozac and with no side effects. https://www.ncbi.nlm.nih.gov/pubmed/23647408

Further, in the same study electro-acupuncture also restored GDNF (a neuroprotective protein which is reduced in depressed patients) to normal levels.  These patient were treated five times per week for six weeks, for a total of thirty treatments.  This illustrates the relationship between clinical success and the number of treatments needed (more is definitely better). https://www.ncbi.nlm.nih.gov/pubmed/23647408

The cause of depression is unknown, but there is evidence to support several theories:

The Monoamine Hypothesis of Depression– Monoamines play an important role in regulating mood and cognitive function.  The most popular theory for depression today is that depression occurs because of depletion of monoamines in the brain, especially serotonin.  Animal studies have shown that electro-acupuncture can raise serotonin levels in the brain. https://www.ncbi.nlm.nih.gov/pubmed/6171540

The Stress Hypothesis of Depression– One of the major predisposing factors for depression is stress exposure.  According to this theory, alterations in the hypothalamic-pituitary-adrenal (HPA) axis contribute to depression, and restoration of the HPA axis is crucial for recovery.  HPA overstimulation has been shown to produce excess cortisol (a stress hormone).  Excessive cortisol is neurotoxic and can cross the blood-brain barrier, causing brain damage, especially in the area known as the hippocampus.  Structural alterations of the hippocampus are one of the most consistent findings in major depression.

Studies have shown that acupuncture can normalize HPA abnormalities in rats, so the effects of acupuncture modulating the HPA axis may be why acupuncture has shown success in treating depression. https://www.ncbi.nlm.nih.gov/pubmed/26887204 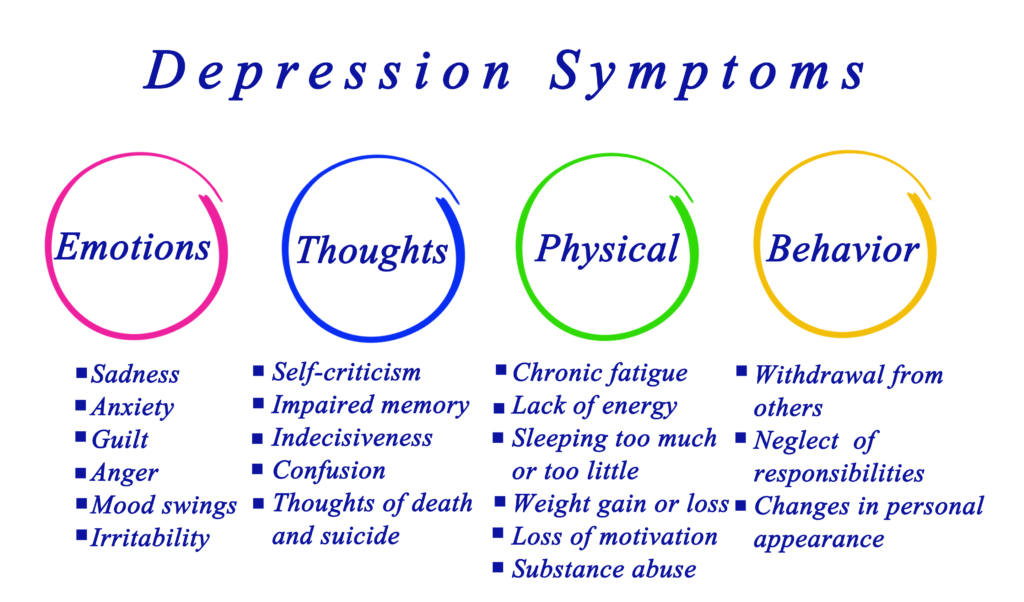 The Neurotropic Hypothesis of Depression– Neurotrophins are a subfamily of neurotropic factors (NTFs) that regulate many aspects of neuronal development and functions.  They regulate the development, maintenance, and functions of the nervous system.  They are crucial for normal adult brain function, and the impairment of NTFs has been implicated in mood disorders.

Several studies have shown that both acupuncture and electro-acupuncture can increase the levels of NTFs in the brain. http://www.sciencedirect.com/science/article/pii/S0169328X02005132

The Neuroimmune Hypothesis of Depression– Alterations of the immune system have been observed in many cases of depression.  In addition, depression is more frequently found in people with immune disorders.  Cytokines are substances that are secreted by certain cells of the immune system, and they have an effect on other cells.

These theories reflect the complexity of depression.  Multiple pathways seem to be involved in the mechanism of action of acupuncture, and these mechanisms may work together to produce the antidepressant effect of acupuncture. http://online.liebertpub.com/doi/full/10.1089/acu.2016.1180

“For my chronic low back pain, acupuncture works better than anything else I’ve tried”- EM, Titusville

“I hurt my back in the military and have had back pain for over thirty years.  I don’t want surgery and the drugs don’t work for me.  It had gotten to the point that I was very depressed.  I started acupuncture in May 2019 and it has completely changed my life.  My pain is consistently lower and I can do the things I need to do every day without ending up flat on my back.  I tell everyone about acupuncture!”- JS, Titusville

I had a stroke on April 23, 2013 that effected my right side of my body, including slurring of my speech.  I had treatment by physical therapists, occupational therapists, speech therapists, massage therapists, and personal trainers.  I also had Botox treatments for two years.  Although I had satisfactory progress, I still had continued numbness on my right side.  I started receiving acupuncture in the fall of 2016, and the combination of acupuncture along with massage therapy by Lesley Williams and personal training by Carolyn Fiske, I have improved greatly! Pain/numbness is 70% less than when I started treatment in 2016, while physical ability has improved 200%!”

“I had a blood clot in my eye in November 2018 resulting in loss of vision almost totally in my left eye with dull pain and headaches.  I was seen by my ophthalmologist and a retina specialist.  I have been a patient of Dr. Eric’s since 2004 when he helped me with my low back pain.  I called to see if he could help me and after twenty five acupuncture treatments from November 2018 through May 2019, my vision in my left eye improved from 20/200 to 20/60! Even my eye specialists were impressed!  My vision in my right eye also improved as well, going from 20/40 to 20/25.  I have found over the past 15 years that acupuncture therapy performed by Dr. Eric is the most effective across the board in every way!”- DC, Titusville 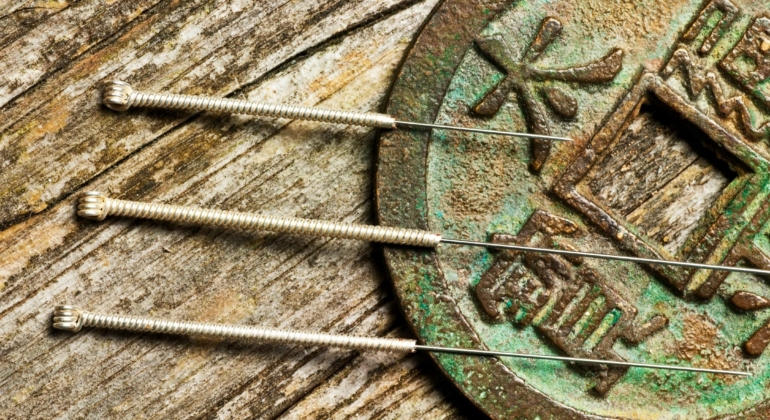